Episode #25 - The Carolingians get a Crown - Carolingian Viking Age III

In this episode we will witness a Carolingian ruler, Pippin the Short, finally take his seat on the throne of the Frankish Kingdom.

Before we get there, first we will take a look at the early career of Pippin and his brother Carloman, as they secure their grip on the Kingdom their father had left them. We’ll see how, thanks perhaps to guilt and piety, Pippin was catapulted onto the top of the political ladder and why he decided to take the crown.

Then we’ll talk about the problems of being a usurper - coups are never easy and we’ll see how Pippin was able to use the endorsement of the Pope to secure his position and leave the Kingdom of the Franks to his sons.

There is a lot to cover, and with it, we move ever closer to returning to the stories the Northern Neighbors of the Franks.

Here is a map to help keep everything straight. 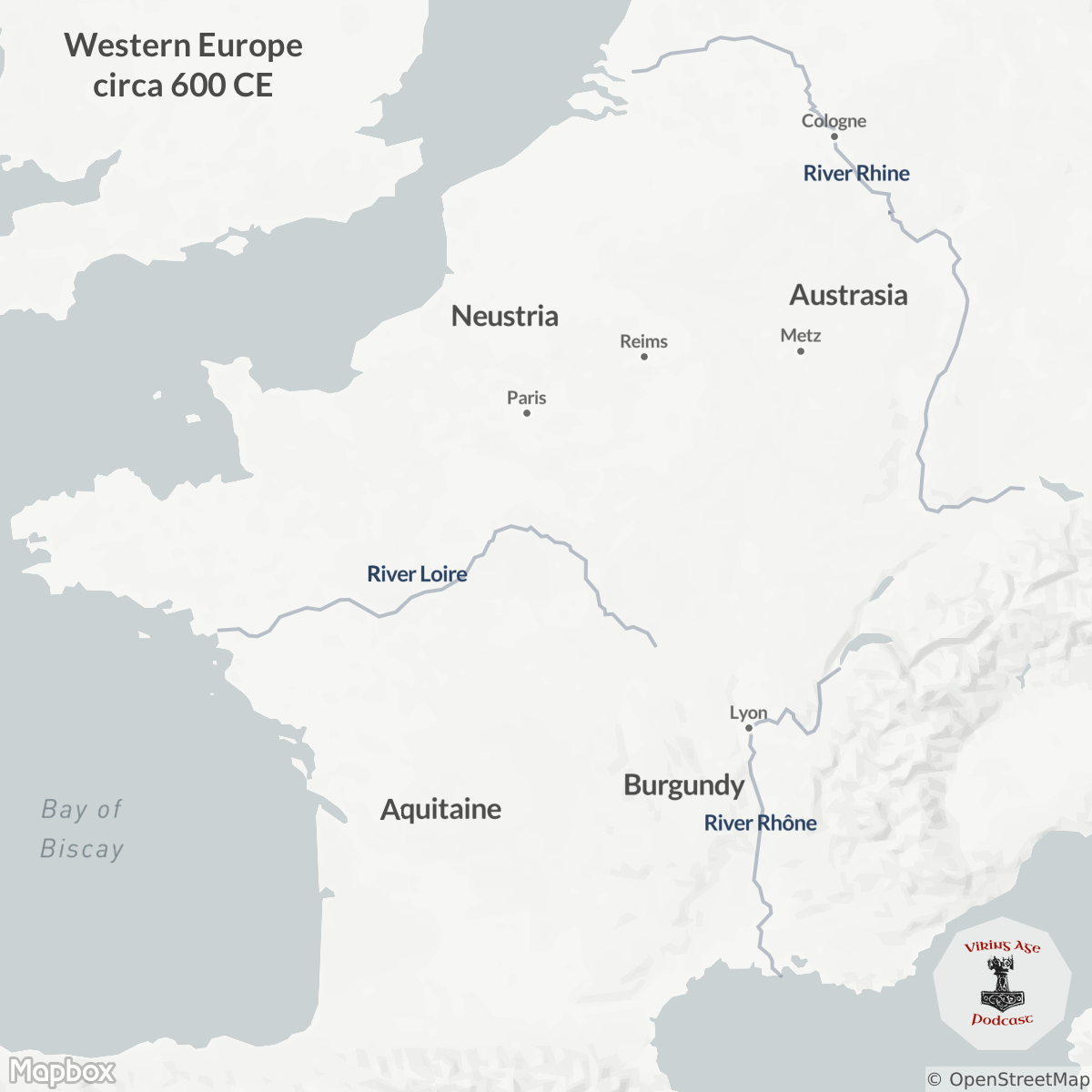 Last time we talked about the decline of Merovingian power in the Frankish Kingdoms and the subsequent rise of the Carolingian dynasty, beginning with the rule of Pippin of Herstal and, escalating dramatically under his bastard son, Charles Martel. We witnessed how, after emerging victorious from a bloody civil war, Charles united the Frankish realm and effectively ruled it from his position as Mayor of the Palace. Despite dramatic rise, it is important to note that Charles still felt the need to preserve a Merovingian upon the Frankish throne. The presence of this figurehead monarch allowed Charles to maintain the pretense that he was preserving the traditional Merovingian system of rule, while in reality he was the true power Frankia. This arrangement, while it may seem strange to us today, allowing Charles to benefit from the considerable support this political continuity brought with it, allowing the Hammer to pursue his famous military campaigns abroad without worrying about rebellion back home.

Charles Martel’s long life ended in 741 CE and he was succeeded in his two sons - Carloman and Pippin the Short. Adhering to their late father’s wishes, upon his death Carloman and Pippin divided up the Kingdom of the Franks between themselves, just as the Merovingians had done for centuries. Now - as we have seen - this situation could have all too easily devolved into a bitter power struggle between the brothers, but, amazingly, the Carolingian brothers actually appear to have gotten along quite well. They campaigned together willingly and cooperated frequently in order to secure their grip on power within the Frankish Kingdom. Perhaps they had learned a thing or two from the generations of Merovingians who had came before them. Or - it’s possible that their cooperation was less a product of true brotherly love and more a function of political necessity. For, in 741 the brothers had plenty to worry about without having to add sibling rivalry to the todo lists. It turns out that Charles Martel’s boots would prove to be rather difficult for his sons to fill.

You see - as I hope was made clear in last week’s episode - Charles Martel was a remarkable figure. He had risen from relative obscurity to become the sole ruler of the Frankish Lands. Through his practice of waging systematic, yearly warfare he had bound together the Frankish Aristocracy behind him and together they had brutally cowed neighboring peoples into subservience to Frankish might. Indeed, Charles had been so successful in securing support for this regime, that when his Merovingian King died in 737 he simply chose not replace him with another - and for the last four years of Charles’ reign the throne of Frankia lay empty.

The issue with all this - was that much of Charles’ success had rested upon his personal characteristics, his charisma, his political skill - and of course - his success on the battlefield. But now Charles no long occupied the top spot in Frankia - and in his stead the Franks were looking to his two, untested twenty-something year old sons for leadership. If you weren’t entirely thrilled with the ascendency of the Franks - well - what better time than the present to give Frankish might a test.

And indeed - that is exactly what happened. Before Charles’ body had time to cool, the Dukes of Aquitaine, Alemannia and Bavaria - the very same foes Charles Martel had spent decades warring against - began to conspire to restore their independence, and they gathered together the armies required to do so. Meanwhile - before they had time to react to the threat slowly materializing along the their borders - Carloman and Pippin were forced to deal with a dynastic challenge closer to home. As it turns out, the brothers were not the only children who Charles Martel left behind.